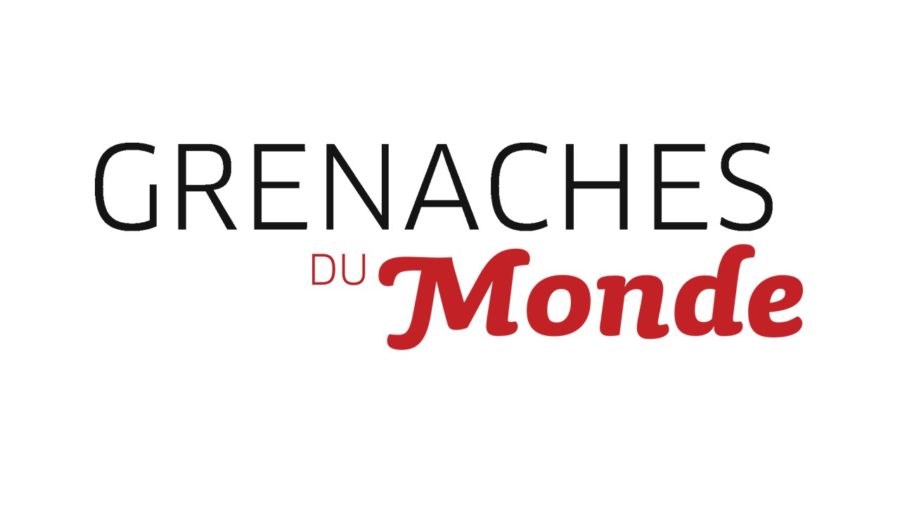 On the 17th of April, Perpignan – European City of Wine 2019 – welcomed the 7th edition of the Grenaches du Monde (the International Grenaches Competition).

The event was a great success, welcoming 869 samples from 6 different countries (France, Spain, Italy, USA, Chile and South Africa), and awarding 272 medals, including 177 gold medals and 95 silver medals. Judges gathered from across the world to Roussillon to judge for this great competition. Many wine influencers from Asia were present.

Out of the delegation of judges from this region, 3 judges from Korea were present: the Vice Champion Best Korean Sommelier 2018, Hyojin Jung, sommelier at Hotel Lotte; The Champion Roussillon Trophy 2018, Minjae Kim, sommelier at Grand Intercontinental, and Youngkyung Jeong, Secretary general of the Korean International Sommelier Association.

More than just judging, the Korean judges visited wineries throughout their trip, lasting a total of 7 days. On the second day, April 15th, 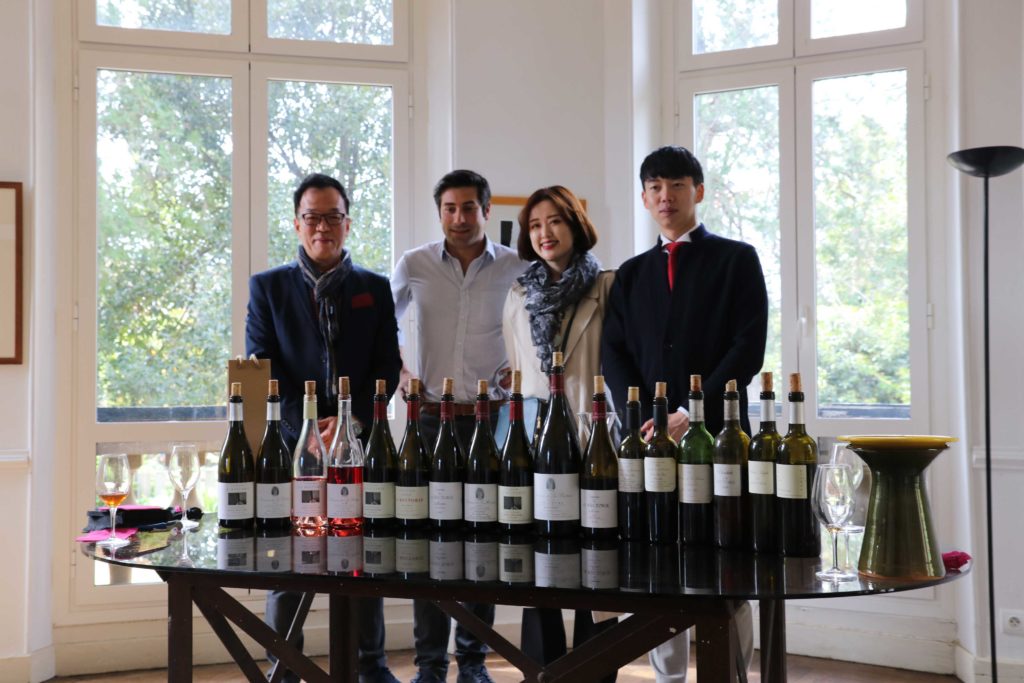 The delegation visited Domaine La Rectorie in Banyuls sur Mer with Mr Parcé. They then had a walking tour in Banyuls sur Mer and Plage des Elmes. This busy morning was then concluded by a lunch in restaurant La Littorine pairing Roussillon’s wonderful local food with wines from the region. 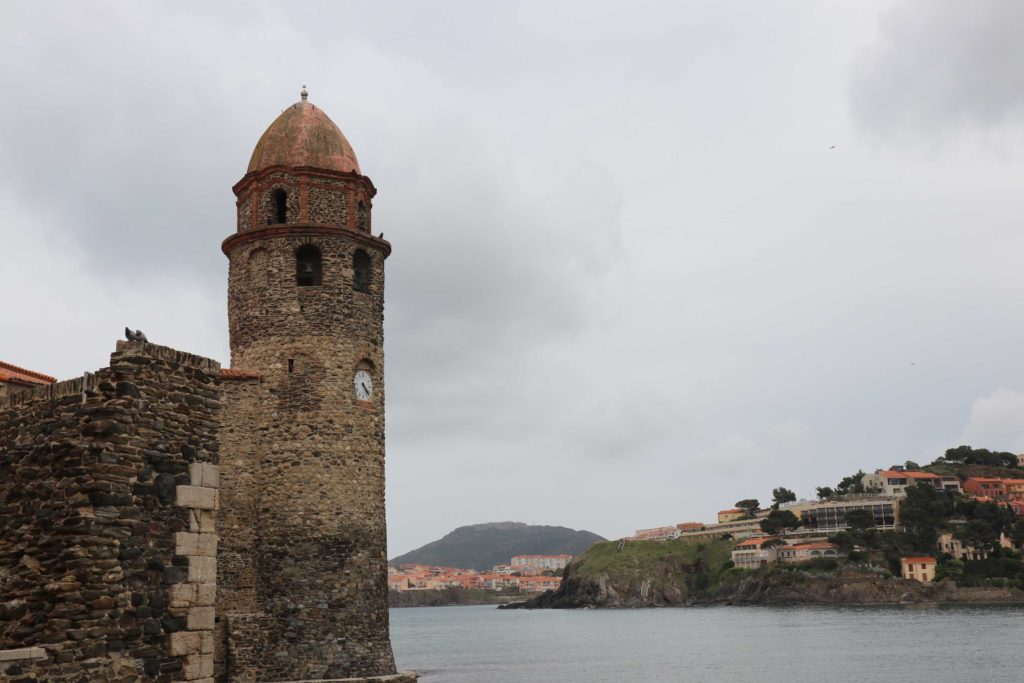 In the afternoon, the delegation participated in a walking tour of Collioure and visited the anchovy factory Desclaux, one of the oldest anchovy factories in the region. They then visited Mas Cristine in Argelès sur Mer with Mr Andy Cook.

The second day was concluded with a delightful meal at the reputed restaurant La Villa Duflot in Perpignan, along with Mr Saperas from Domaine Vial Magneres – Banyuls.

On the third day, April 16th 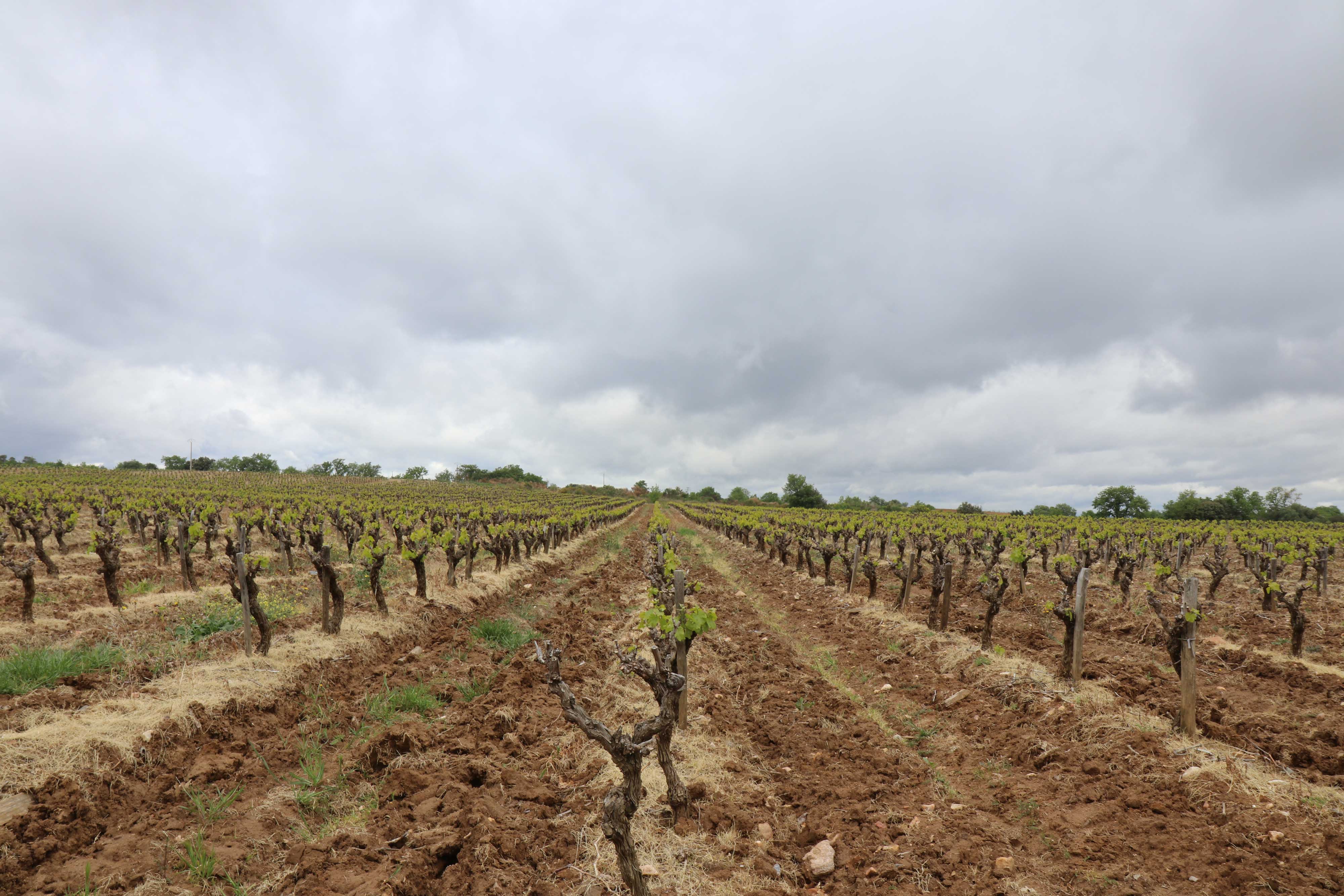 The third day was just as captivating and busy. Our group of Korean sommeliers visited Château Planères – Saint Jean Lasseille – with M Jauber. This was followed by a tour in the medieval village of Castelnou. 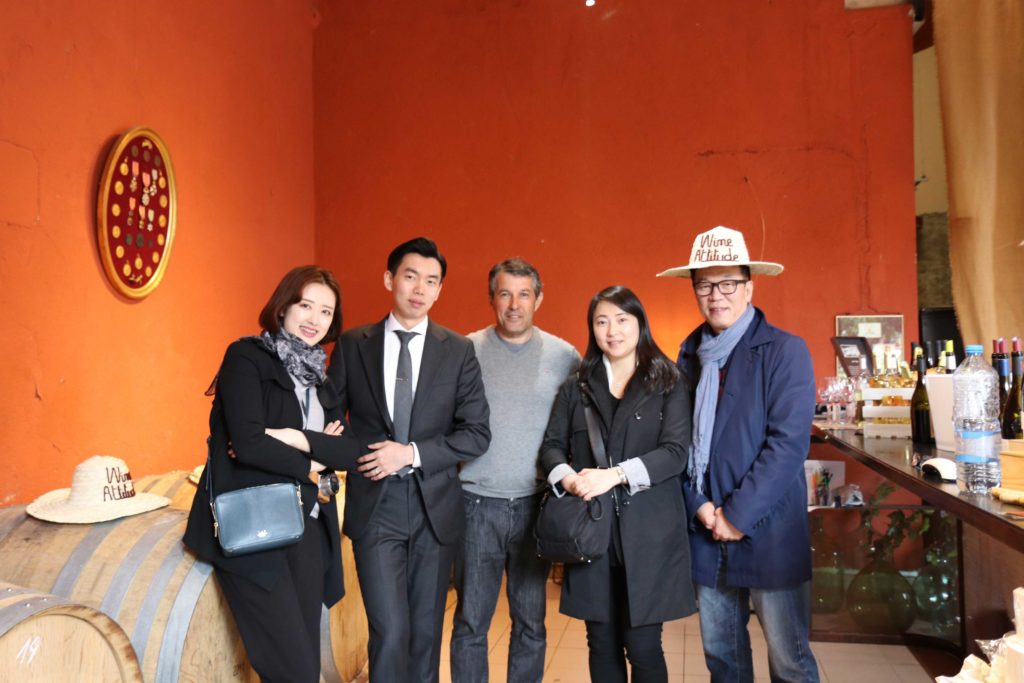 The group had lunch at Auberge du Domaine de Nidolères – Tresseres – with Ms and Mr Escudié and the group of judges. Following this, the delegation had a visit of Domaine Sanac – Saint Génis des Fontaines – with Mr Sanac..

In the evening, after a well-deserved rest, they went to the restaurant Le Divil (voted France’s best meat restaurant in 2018) with all of the judges of the competition.

On the fourth day, April 17th, first day of the Grenaches du Monde

The 17th of April marked the first day of the Grenaches du Monde. From then on, the trip concentrated on the competition, with less visits being part of the program.

At 9:30am, the competition began and judges from around the world tasted 869 different wines made from Grenaches. Following the competition, the delegation took part in an open-air tasting with all the wine growers of the “High Agly Valley”. 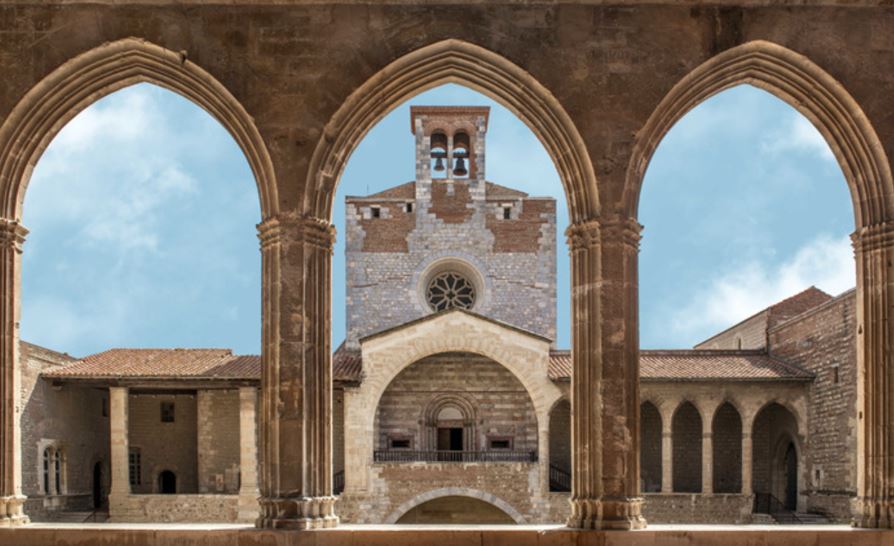 Arguably the most memorable part of the trip next took place. An unforgettable gala dinner was organised in the Palais des Rois de Majorque – the castle where the king of Majorca once lived. Upon entering the castle, the judges were welcomed by a live band in the King’s courtyard, followed by a dinner organised by Michelin starred chefs within the King’s dining hall.

On the fifth day, April 18th

Once the judging was over, the judges gather in “Château Valmy” and had lunch in front of the seaside. 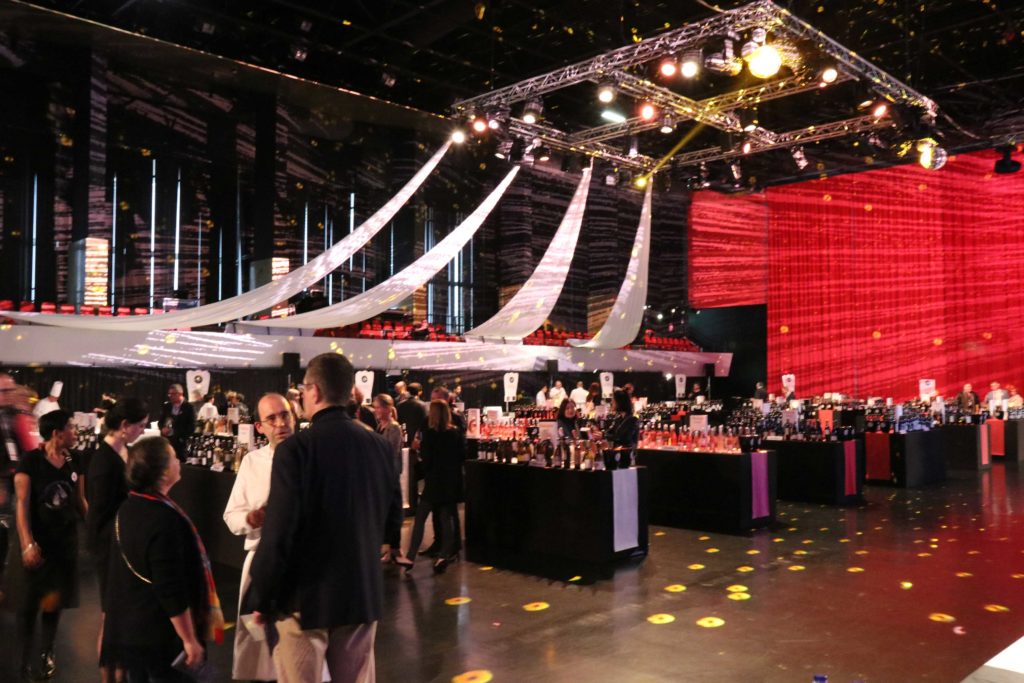 On the sixth day, April 19th 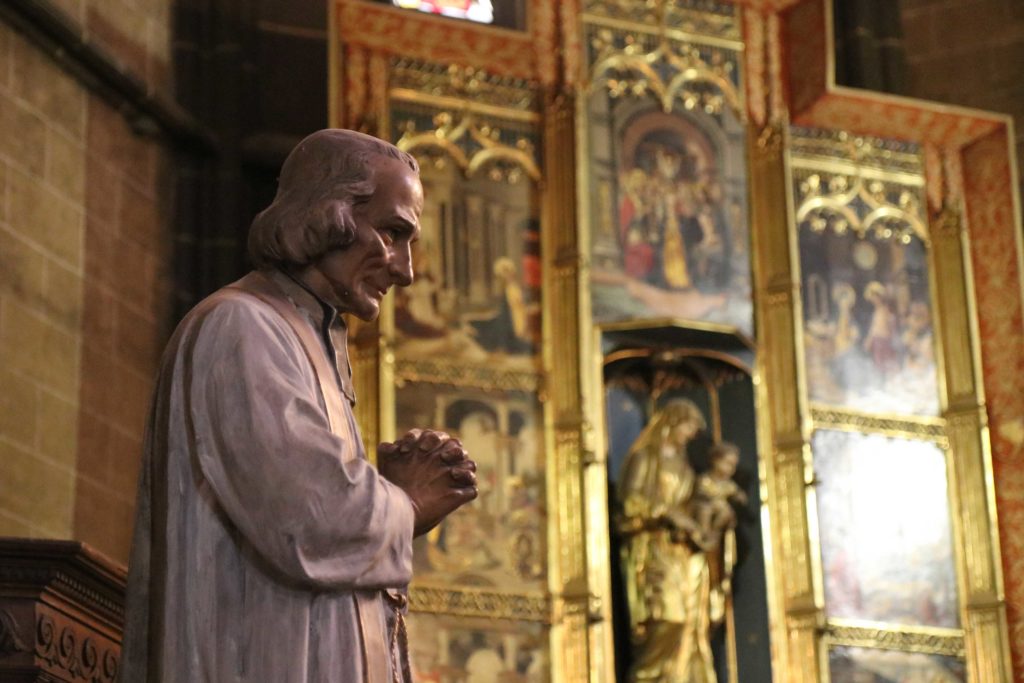 The delegation had lunch in Café Vienne in the city center of Perpignan, and then had VIP seats with the mayor of the city to view the religious procession in the streets of Perpignan. 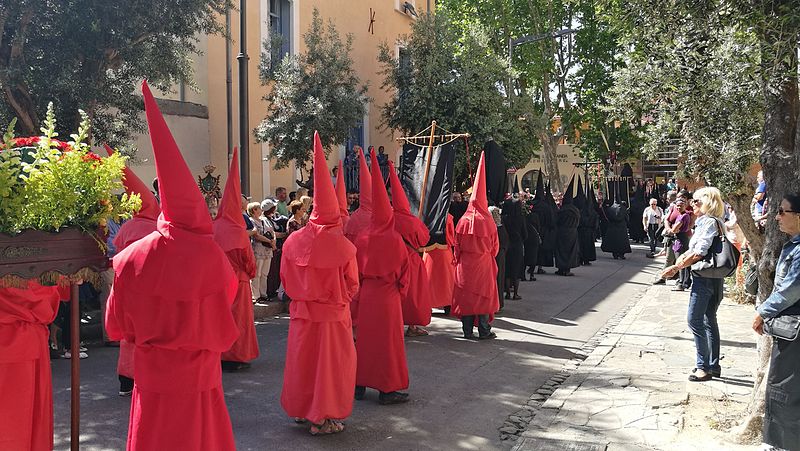 Our delegation witnessed first hand this, historic, cultural and world-world-renowned religious celebration of Procession de la Sanch, where all the churches in the city celebrate Easter. 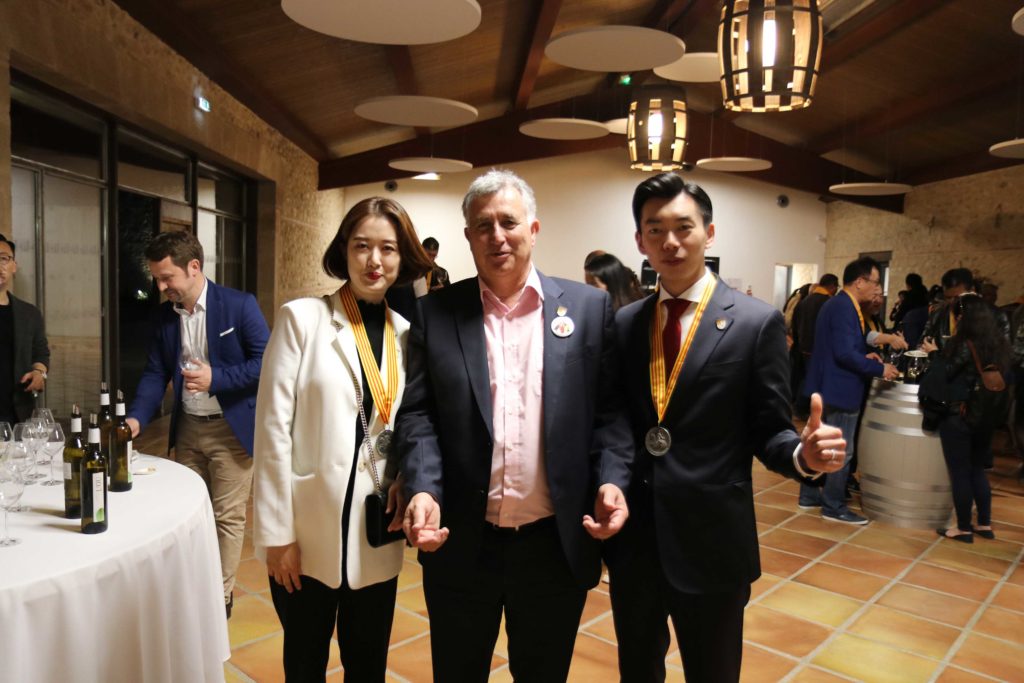 In the early evening, Mrs Bourrier welcomed the delegation for a visit and dinner in Château de l’Ou. The long trip ended with a surprise and great honour for our delegation, where Roussillon wines proved its strong belief in their historic partnership with Korea and its sommelerie. 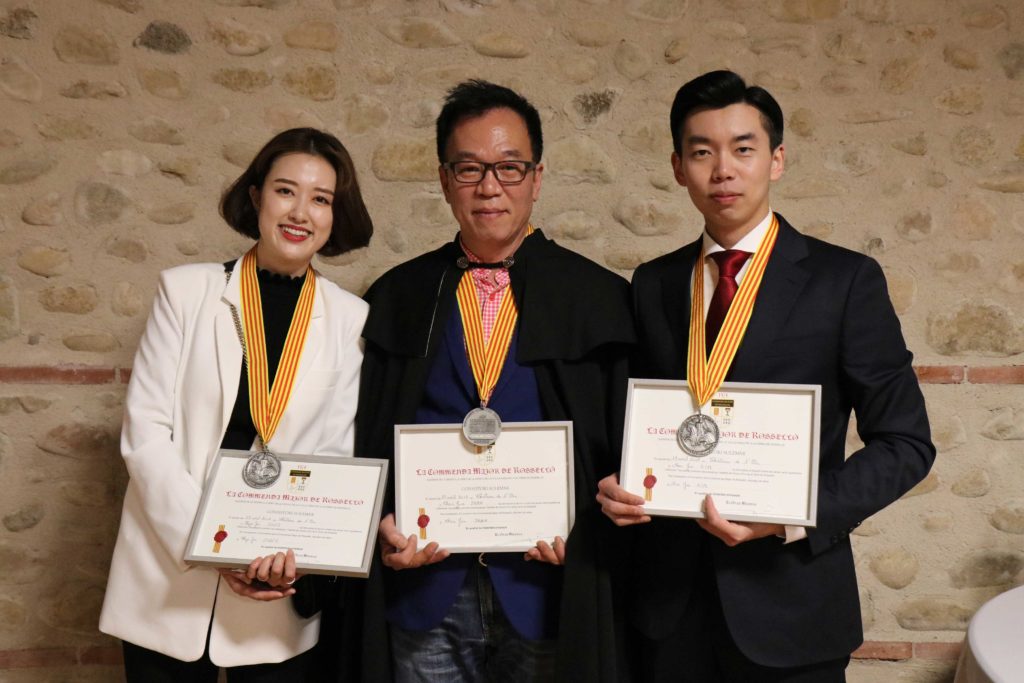 The trip culminated in these proud representatives of Korean’s wine sphere in being knighted and admitted into the Commenda Major de Rossello.  Sir Jung, Sir Kim and Sir Jeong have now been granted the title of Knights and Protectors of Roussillon, its wines and its lands. This great honour is not given often, and Roussillon has no doubt that these proud representatives of Korea and now of Roussillon will carry out their duties with passion and honour.

On the seventh day, April 20th 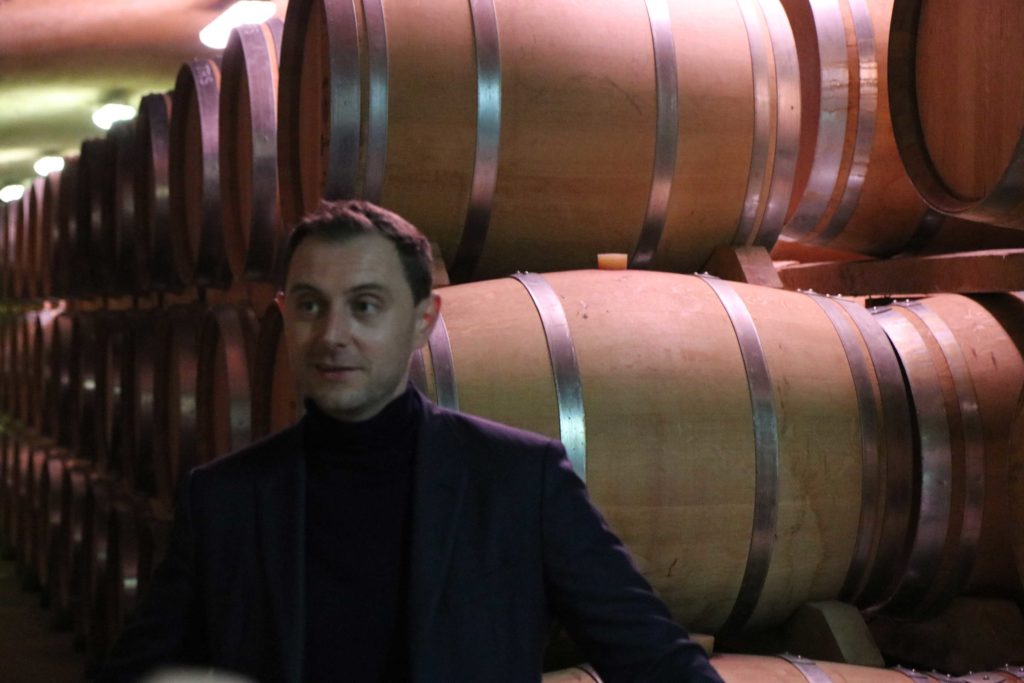 The delegation ended their trip with a visit Domaine Cazes in Rivesaltes with M Lavail; followed by a visit and lunch at Domaine de Rombeau with Mr Raspaud.

In the evening, the delegation had diner at restaurant La Passerelle in Perpignan with Mr De Besombes Singla from Domaine Singla.

The trip ended on the next day, April 21st, and our delegation returned to Korea having made discoveries within this land blessed by the gods and unforgettable memories, both participating in the Grenaches du Monde and visiting the wineries that make this beautiful region so unique.