Korea is one of the markets which the Roussillon Wines Council concentrates its attention on and invests much time in developing. By doing so, not only has Roussillon’s reputation in Korea developed but friendships discovered and grown throughout the years. From the 28 of October to the 2 of November, Eric Aracil – Export Manager and Deputy Director of the Roussillon Wines Council – embarked on a voyage throughout Korea to develop Roussillon and support our local partners. This trip brought him to Seoul, Busan and Daegu. As follows, you will find the different stops, events and dinners he had during his time in Korea. 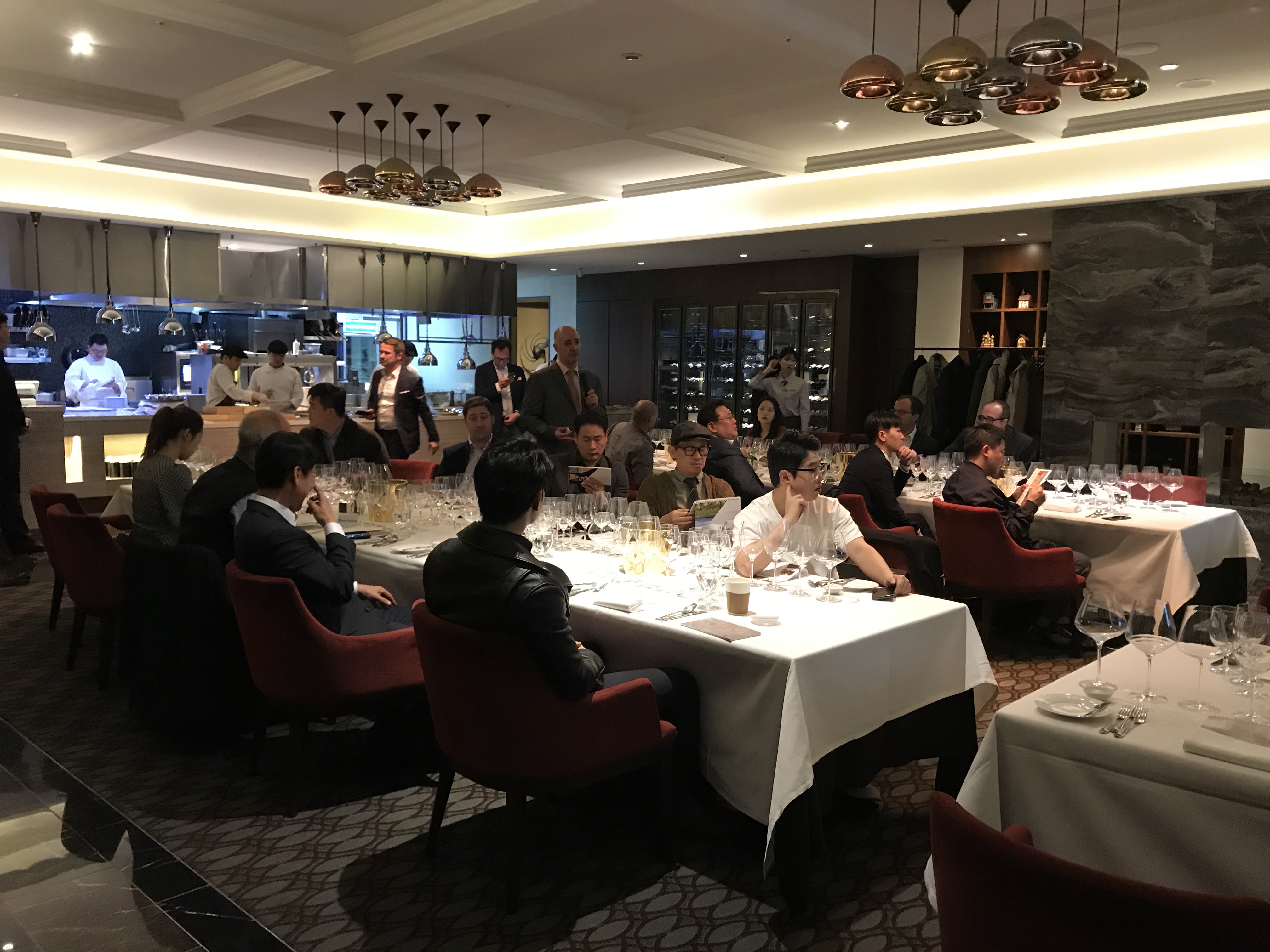 On the 28 of October, Eric Aracil and the Roussillon Wines Council organised a dinner for KSA with 8 winemakers from Roussillon and 4 local partner importers at the reputable TopCloud 52. This dinner was organised for 20 sommeliers proving the pairing potential, which Roussillon wines had to offer. After a short presentation of Roussillon, its history, its tradition, its Catalan culture, wines and wine-making traditions, Eric Aracil, with the help of all the winemakers and the importers, spoke on the wines, their characteristics and pairing potential. The evening was a great success with great food being eaten, wines being drunk and laughs exchanged. This evening not only proved the stellar reputation of wines from Roussillon but the strength of the forged relationships in Korea. 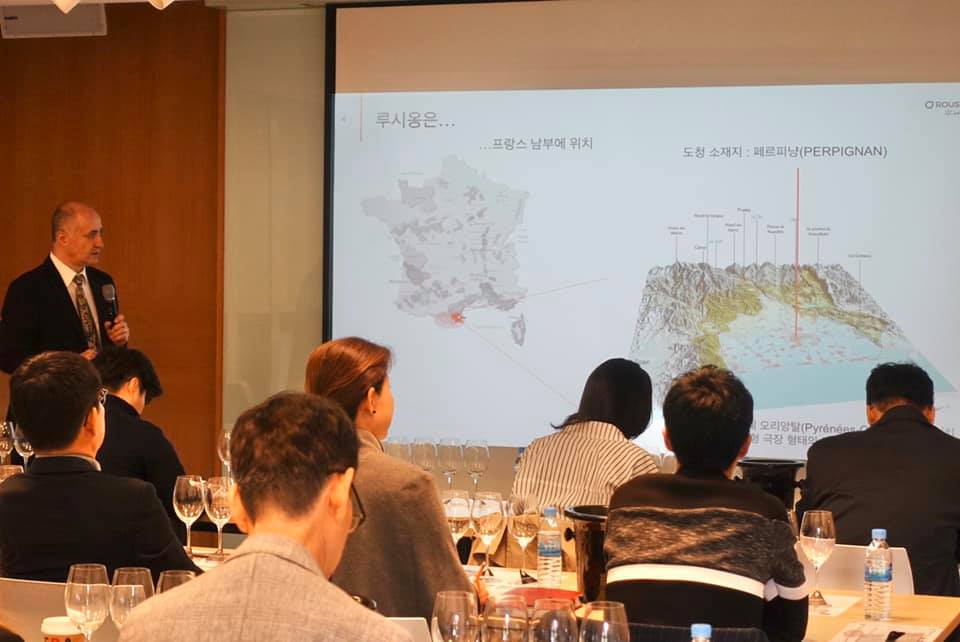 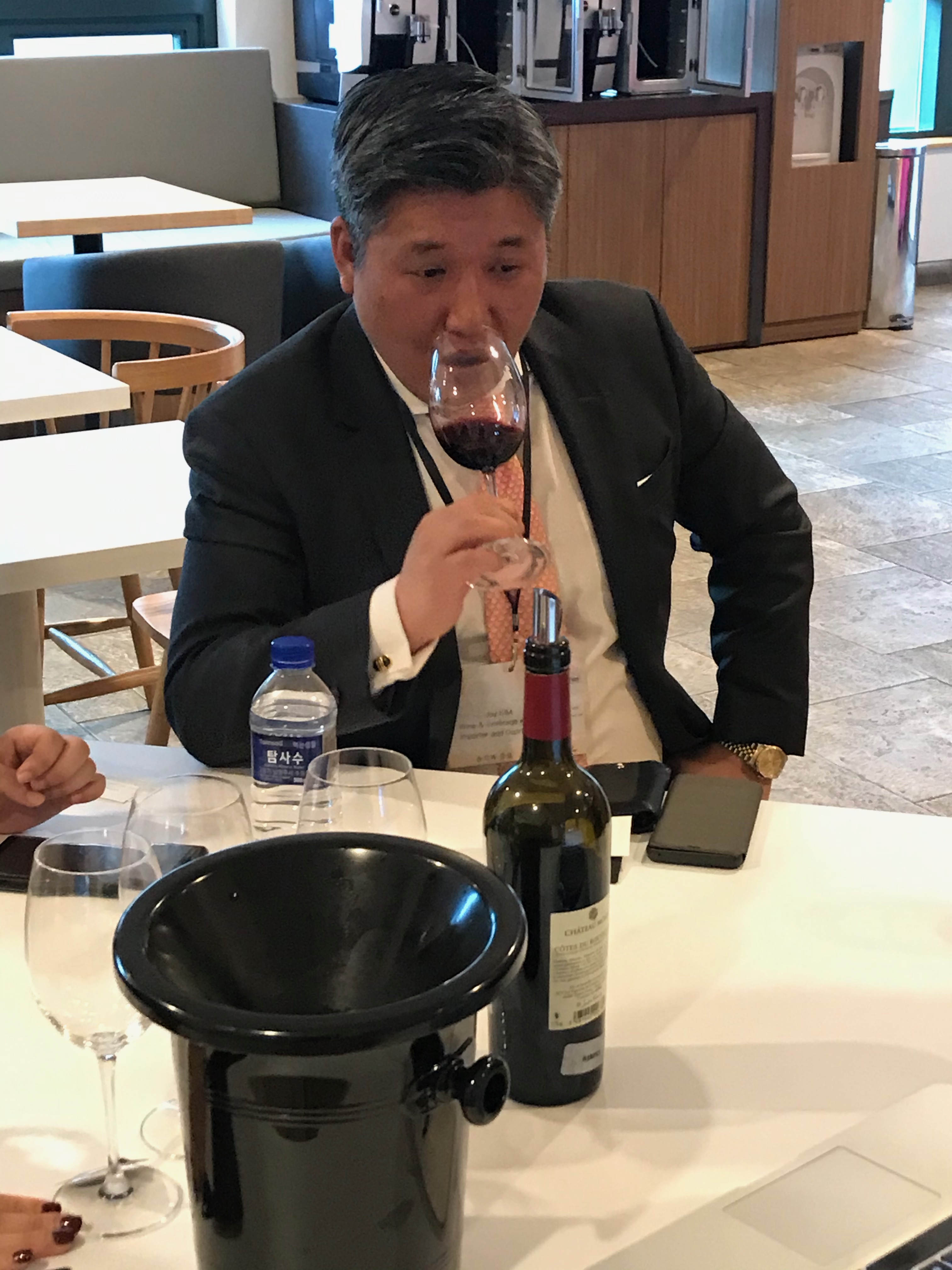 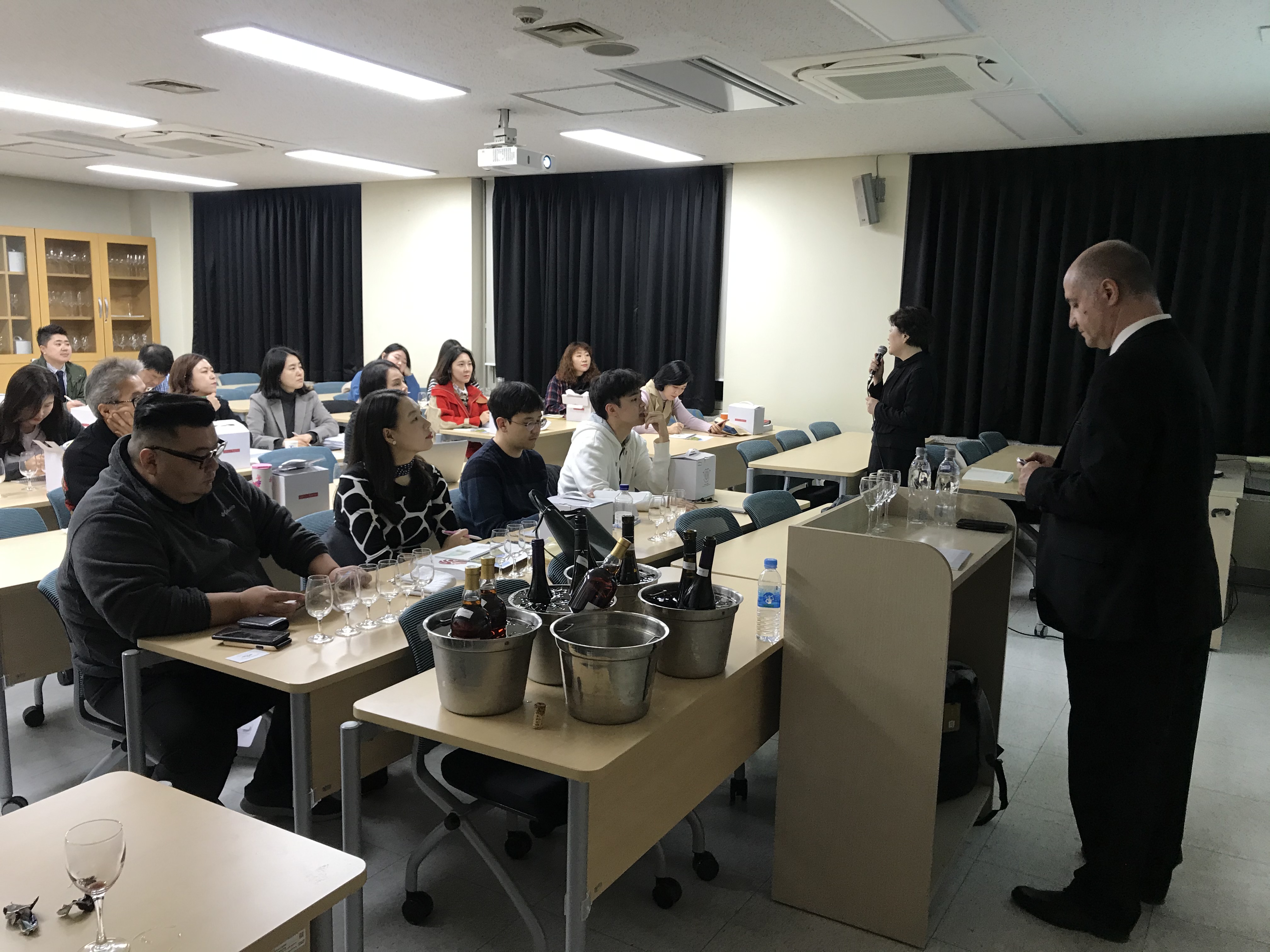 On October 29, the 8 producers from Roussillon and Eric Aracil took part in TastyWines Roadshow, a signature event of Break Events Group – a traveling roadshow through Asia with three circuits a year. For the Seoul portion of the roadshow, prior to the event taking place a Master Class was organised at the Somerset Palace – the venue of TastyWines Seoul. The Masterclass brought together more than 30 wine professionals from Seoul – media, importers, distributers and sommeliers – to listen to a presentation from Eric and take part in a tasting. Following this, TastyWines Seoul began with more than 150 strictly professional visitors. Our 8 Roussillon exhibitors along with the other 12 welcomed the crème de la crème of Seoul’s wine professionals.

While our 8 producers were presenting their wines to the visitors of TastyWines Seoul, Eric Aracil was carrying-out a presentation for Wine & Beverage Korea – a future partner of Roussillon Wines – and iCoop, the famous fair-trade and cooperative supermarket chain in Korea. – After presenting Roussillon to Jaekyun Kim and the iCoop representatives, Eric carried out a tasting on the following wines with a mixture of wines from Vignerons Catalans and Terrassous. Viewing the positive feedback from our guests, we hope to be able to welcome Mr. Jaekyun Kim soon to the Roussillon family.

During this very busy day, the next stop was Kyung-Hee University in Seoul for a Master Class organised for Professor Koh’s – president of KISA – students. Eric Aracil organised a masterclass for about 30 students – Korea’s future wine specialists and sommeliers; the wine industry of tomorrow.

This event was organised in light of the longstanding partnership between KISA and Roussillon Wines to educate and train the sommeliers of today and those of tomorrow; a value which both Eric Aracil and Professor Koh share.

October 30: A Day with Decanter – Busan 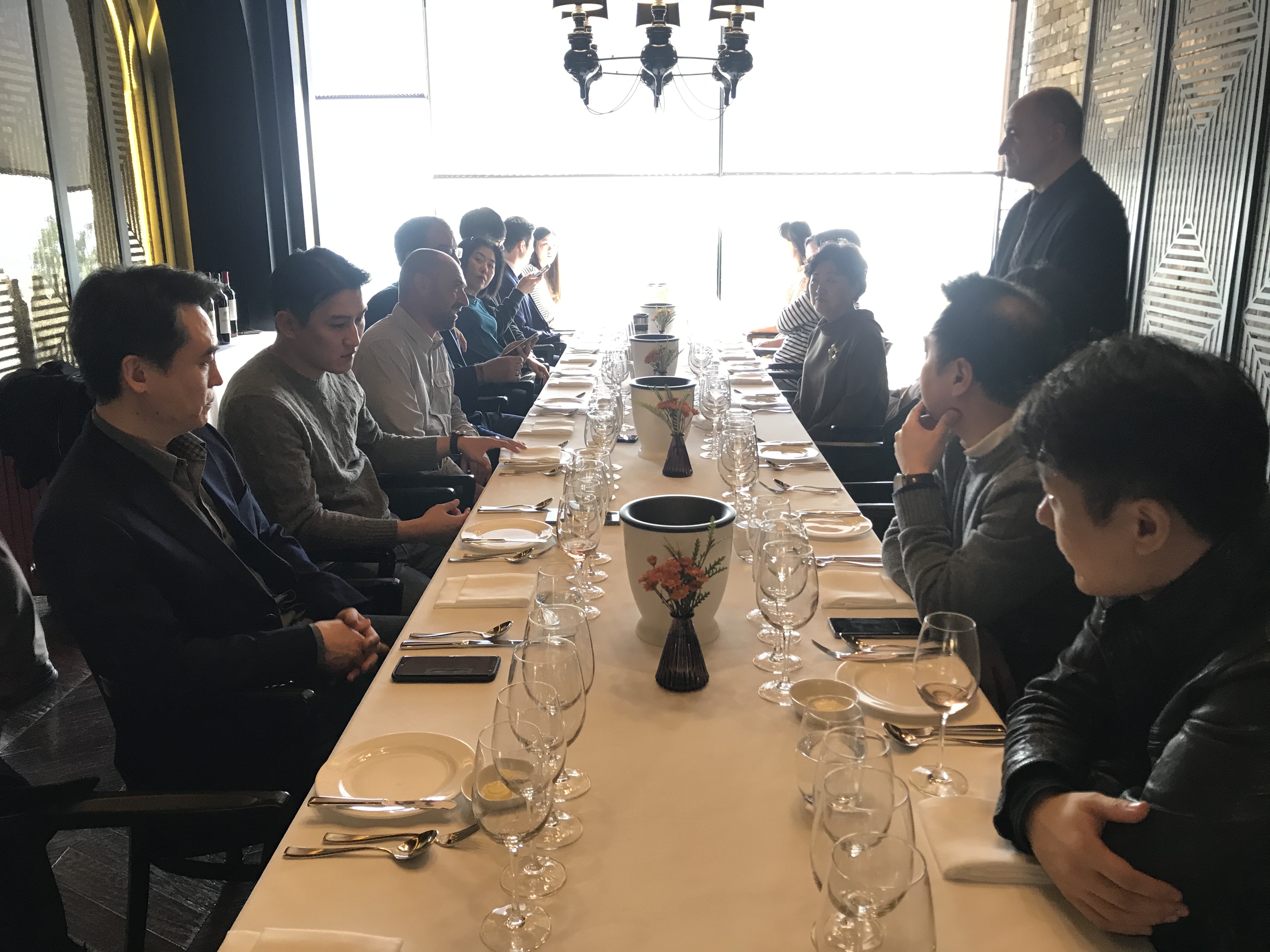 On the 30 of October the Roussillon ship set sail for Busan to help Roussillon’s friend Chanwoo Jang from Decanter. Eric, in company with François Capdellayre, president of Dom Brial – Decanter’s partner – and Bertrand Jimenez from Maison Cazes, Advini traveled to Busan to promote both wineries with Decanter. The events of the day were as follows: a lunch with chief sommeliers from Busan at Paradise Hotel, followed by a master class and a dinner with VIP buyers from Decanter. 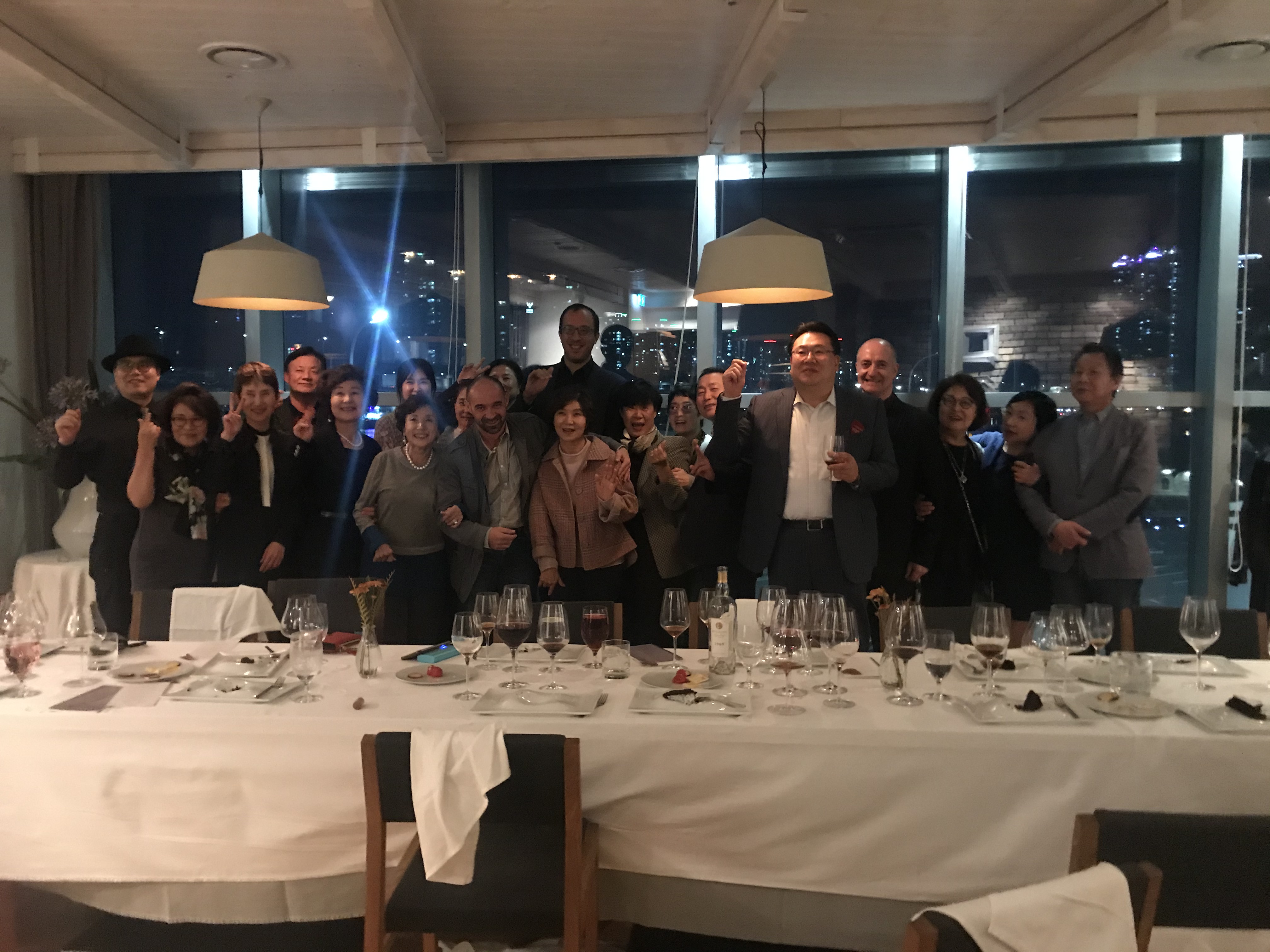 The events were a great success, with the sommeliers of Busan giving great thanks to Eric for taking the time to come meet them in Busan, something they say is rarely done by wineries and wine regions. To show their thanks, the sommeliers invited Eric, Francois and Bertrand to have dinner with them that evening. 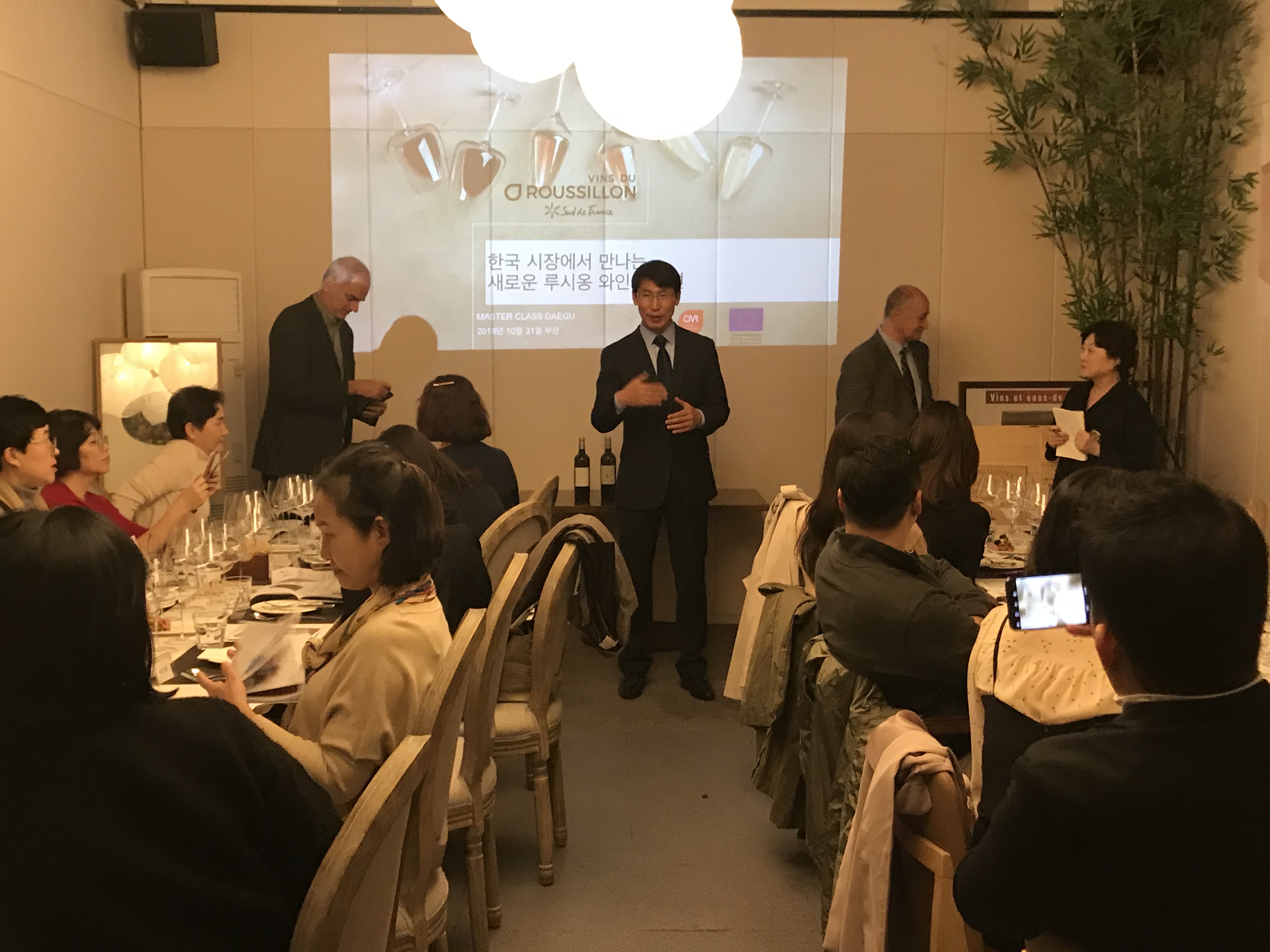 On October 31, Eric Aracil traveled to Daegu to meet Yangsoo Jang of Miracle Wines and Olivier Saperras from Vial Magnères, one of Miracle Wines Roussillon partners. All three of them had a dinner at InVino following a presentation of Eric Aracil of Roussillon and a tasting. This was organised for Daegu’s sommeliers and some of Miracle Wines’ VIP clients. This event is organised yearly to bring Daegu, its wine enthusiasts and sommeliers an event which not only develops their knowledge of Roussillon but also allows them to taste fantastic wines in the process. The possibility for the guests to meet in person the maker of the famous Al Tragou, Olivier Saperras, was no doubt appreciated.

November 1: A Dinner with Friends 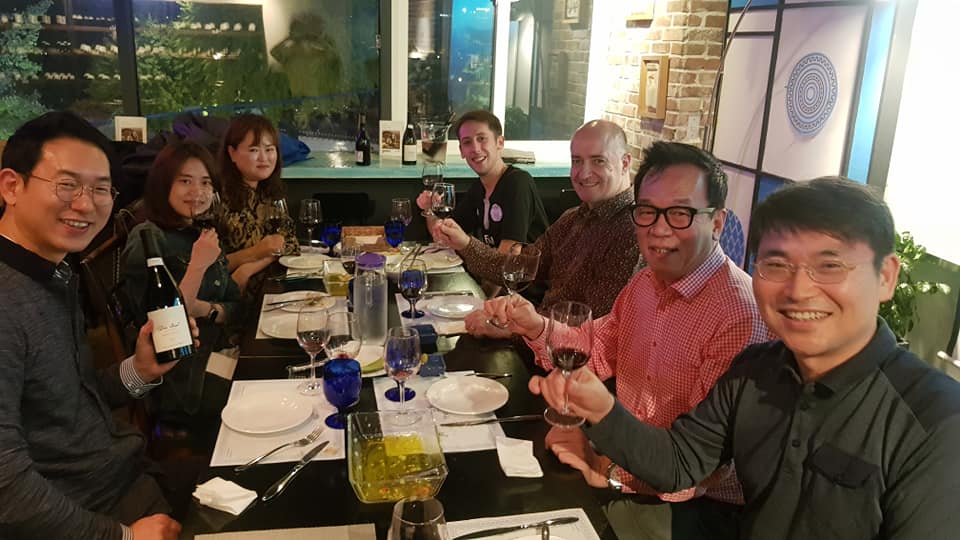 On the first of November, Eric Aracil returned to Seoul to have dinner with friends of his and Roussillon. All of those taking part in the dinner had come to Roussillon in the year, Chanjun Park – Asia Director of the Berlin Wine Trophy and of the Asia Wine Trophy, wine journalist, influencer, amongst many other titles – Bonny Na – radio personality and wine journalist for Dong-A Weekly – Jeewan Shin – CEO of MyWines – Day Il Son – Manager of Vitis – and Timour Lalanne – Asia Director for Break Events. The dinner took place at The Greek in Seoul and was a great occasion for all the participants to catch-up, exchange about their different experiences in Roussillon, as well as spend time together in an informal setting. 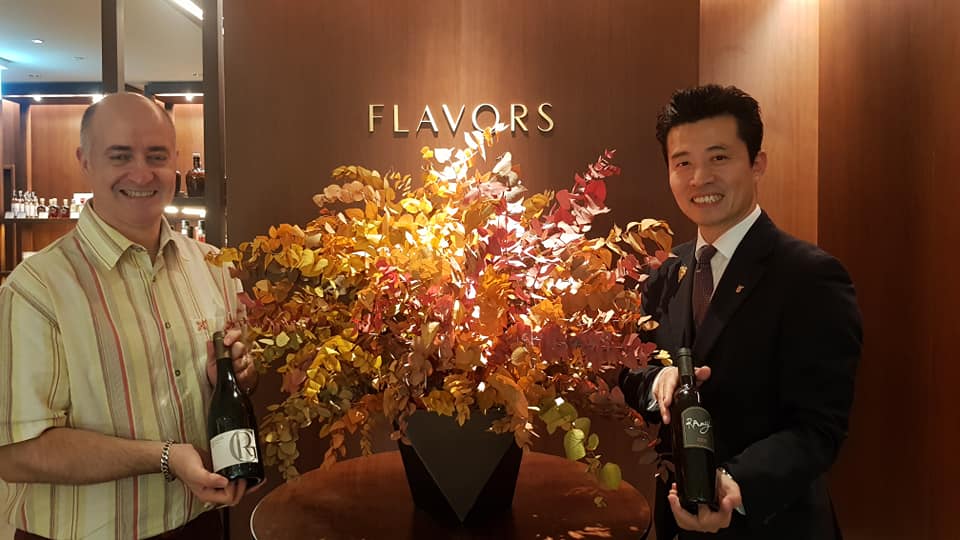 On the second of November, Eric Aracil ended his trip with an invitation from Lucas Jung, the famous Korean sommelier from the Marriott Group, to have dinner with him and Chanjun Park at Flavors. Eric was able to discover Seoul’s most famous buffet and have an evening with two of his longtime friends within the Korean wine business. A perfect way to end another fruitful trip in Korea.